How did you get into the theatre business?

Loren: I actually just came upon it really. I’ve been here since February of 2019. I moved to the Central Coast about a year and a half ago, coming from the food and beverage industry. I was pretty much just going through the job search process. I came from the Bay Area where the job market is a lot bigger than it is out here and actually, a funny story about that, is that when I originally got an interview I ended up not being able to make it because I had a family emergency. I had to cancel. Veronica, who’s our District Manager, told me to keep looking online and that if they were still hiring, to reapply. Sure enough, they were looking and I reapplied. So I actually applied twice before I got the job. I applied for the job, went through the interview, met with Frank (who’s the CEO and also a local)… I was honestly just blessed that I fell into this.

Is there anything you wish people knew about Galaxy?

Loren: Besides being community oriented, they really do care about their staff. They focus on floor staff first, and then their corporate staff. The employee structure is upside down. Corporate and CEO positions are at the bottom. They really value their floor staff because without them there wouldn’t be anything else.

Franklin: They also promote from within.

Loren: Yes! 90% of their corporate office, at one point, worked as an usher at one of their theatres.

You guys are super involved with the community, so tell me about some of the community events you have coming up. 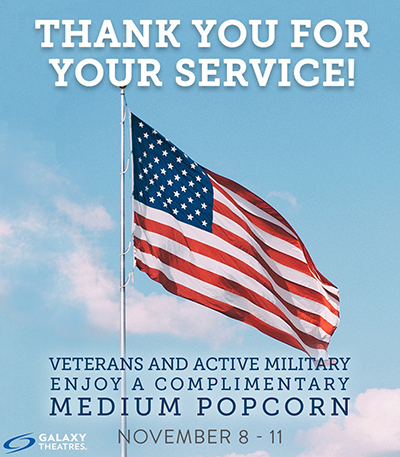 Loren: We’re doing the Polar Express with the San Gabriel Preschool. It’s their annual event. We do a lot of free showings. We just did one with “Hotel Transylvania” for Halloween, where the admission to the movie was a canned good. We then donated those canned goods to Loaves & Fishes. We try to give back to the community when we can, especially with the schools because we know their budgets are minimal. We do a lot of theatre rentals for the Junior High and High School and give them a break on pricing. We actually have the Atascadero Cheer Squad in our theatre right now. They’re watching “Bring It On”. We just like to be involved. Galaxy as a whole, is very community oriented. For myself, having kids at a young age, I like to be more involved in the community through school, youth sports, education, anywhere I can…

Franklin: We also have a Fire Department day coming up as a thank you to the local fire department for their hard work and dedication. They’ll be here to watch “Play with Fire” on November 8th.

Loren: We’re hoping they’ll bring a truck or two between 3 and 5 o-clock for people to come check out.

Franklin: We really do a lot of stuff with the school. A lot of donations…

Loren: We just did red ribbon week with the high school and they sent an awesome thank you that’s hanging in our lobby. We like doing that kind of thing.

I saw that you’re having the Princesses from Frozen here soon. What other holiday events are you doing?

Loren: We have the Polar Express event every year. That one is big. On Dec 21st & 22nd we’ll have Santa Claus paying us a visit, so people can come and take pictures.

Franklin: We recently did a pumpkin painting and it was a super fun event.

Loren: I know the kids that came really enjoyed that. We would love to start doing an annual cookie or gingerbread decorating event. I don’t know if we’ll get to it this year, but that’s one of the things we’d like to start doing. We want to have a decorating event for the kids and maybe throw in a movie with it so it’s a package deal.

What are other future plans that you haven’t gotten to yet?

Loren: Eventually we’d like to start up an annual Turkey Trot. We may not be calling it that, but in the North County, there aren’t a lot of Thanksgiving charity events. Maybe it will start as an actual trot and then eventually turn into a real 5K as time progresses… We’ll see…

What else do you guys have going on?

Loren: We recently kicked off 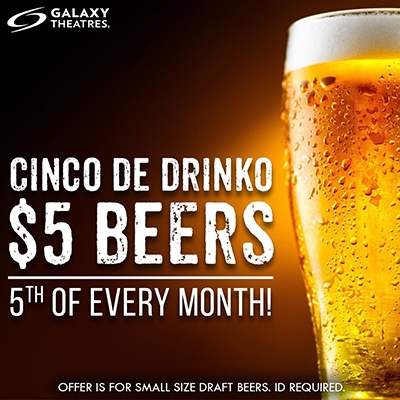 Wine Wednesdays. We’ve been working with local wineries and breweries. We do tastings twice a month. We rotate between wine and beer. Wine one week, beer the next. The tastings are open to the public from 5-9pm. It’s $10/tasting and a lot of people pair it with a movie (any movie they want). In November our winery is McPrice Myers. December will be Halter Ranch. Each winery brings 4 different wines to taste, which we’ll be carrying to sell as well. We’re planning on doing this next year too. We’ve had J Dusi, Opolo, Tablas Creek, Vina Robles…. Lots of great wineries.

Oh!! I should also add that we’re having a comedy act here on December 7th.

We offer rentals for holiday parties. We do corporate events, if you have a PowerPoint presentation or a guest speaker. Right now, we have an event for a councilwoman from San Luis Obispo on the books, they’re coming here to do that. We love having people in our theatres whether it’s for their own event or ours. People book us for private parties, birthday parties, school events, office parties or office events.

So what’s your busiest time of year?

Loren: It depends on what movies come out. Wintertime, when school is out is big. This year, it’s looking to be a crazy fourth quarter. We have Frozen in a couple weeks and then Star Wars. We have a lot of good movies coming out. The studios plan it that way.

Franklin: February and May have been our peak times based upon our vendors. Marvel movies are big and that’s when they’ve come out. In the late Winter, February and March are huge. It dies down again and then ramps back up in May.

So is Valentine’s Day pretty big?

Loren: The holidays don’t play too much of a role. It’s more about the movie itself. Marvel, in the past 10-15 years have set the pace for big feature films.

Franklin: Marvel usually releases a late winter movie and then a summer movie, so those times of year have been crazy.

What’s your favorite thing about Atascadero?

Loren: Great craft beers. Haha! Honestly, I’d say the people… and that’s not a generic answer. I came from the Bay Area where it’s chaotic, everyone’s on the go and nobody really cares to say hello. In the North County, but especially Atascadero, you have the small town feel and you get the small town warmth that comes with that.

Is there anything else you guys want to add?

Loren: We just want people to enjoy their movie experience at the Galaxy.

Franklin: We want to create something special for people. We want to try new things. We actually just did a gaming tournament. We worked with a local game supply store, Game Stop.

Loren: We try to think outside the box, as far as different things that people can do to bring back the social aspect. We want to bring back date night!

Well you’ve been successful in bringing dates back. My in-laws have a date and a movie every Tuesday.

Loren: Discount Tuesday is either the first or second busiest day of the week, depending on what’s out.

Loren: Sundays too. You wouldn’t think so, but Sunday’s are crazy. This past Sunday was busier than Friday or Saturday.

Franklin: The thing with Sundays is that people come to the movies right after church.

That’s impressive. How many people can you fit here?

Franklin: Our biggest auditorium fits 243. The smallest is 101. And then we have sizes that vary in between that. Our total occupancy is 1,300. That’s if every theatre was full at one time. And that’s just for 1 set.

Wow! Okay seriously. This truly is my last question. What kind of vacuum do you use?

Loren: Vacuum? We use an electric leaf blower! 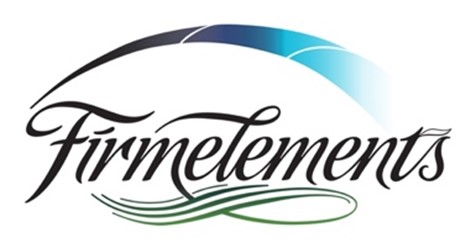 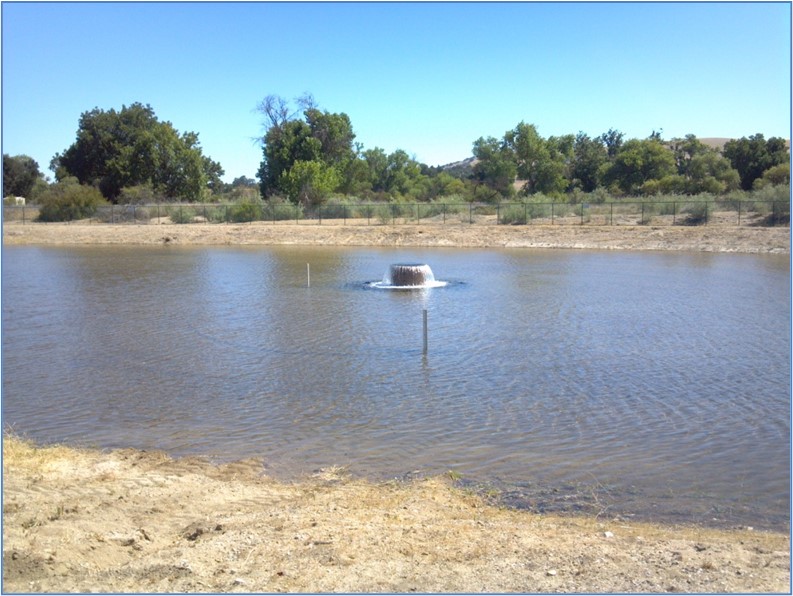